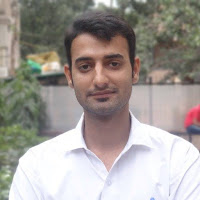 BY CS DIVYANSHU SAHNICOMPANY SECRETARYPH: 9871027426Facebook page link:  Updates on Companies Act, 2013
The Union Cabinet today approved the Model Shops & Establishments (Regulation of Employment and Conditions of Service) Act, 2016.
By way of background, the Ministry of Labour and Employment, in January this year, invited comments from other ministries on the Model Act, which was brought into being in 2015 after tripartite consultations among trade unions, state governments and employers’ organisation. And it now appears that the ministries have green-signalled the initiative, paving the way for a Cabinet decision, in light of the fact that it does not need parliamentary approval.
The move will bring in incremental tax income to the Centre’s coffers.
It is pertinent to note that the state governments have the prerogative to modify the provisions in the Model Act as per their convenience. Currently, shops and establishments are governed by different legislations in each state.
Should the states decide to bring their legislations in line with the Model Act, it will change the way banks, theatres, retail stores, and other shops and establishments employing ten or more persons operate.
Here are five changes the Model Act seeks bring about:
The Model Act does not expressly allow shops and establishments to stay open 24 hours a day. However, in a note to the Cabinet (read below), the Labour Ministry proposed to allow shops and establishments to operate 365 days a year and to determine their opening and closing time. Further S. 10 (ii) of the Model Act provides that an establishment may work on all days of the week.
It is unclear as to whether this can be construed as a free hand for shops to remain open round the clock; this is probably something that the state governments will decide.
Though establishments may remain open through the week, employees can work a maximum of 9 hours a day and 48 hours a week. Any time spent over and above these limits will be treated as overtime; a maximum of 125 hours per quarter is allowed.
Furthermore, employees may not work for more than 5 hours at a stretch without a break and are entitled to one rest day per week.
These provisions, coupled with an establishment’s freedom to regulate operating hours, is seen as a way to increase employment opportunities.
Employers are prohibited from discriminating against female employees in matters of recruitment, training, transfers, promotions or wages.
The Model Act also proposes that female employees can only work from 6 am to 9 pm. However, if the employers provides facilities like a night crèche, a ladies toilet, transportation from the establishment to the doorstep of their home, then female employees may work a night shift.
Every employee is entitled to 8 days of casual leave in a calendar year. Apart from this, every worker who has put in 240 days in a year is entitled to one day of leave for every 20 days of work the subsequent year. Additionally, the worker is entitled to 8 days of paid leave for festival holidays.
Section 7 of the Model Act provides that the employer is responsible for ensuring the health and safety of its employees. Other facilities which employers are required to provide are drinking water, crèche, latrines and urinals, first aid and a canteen in establishments with more than hundred workers.
Thanks & Regards
Divyanshu Sahni
Post Views: 1